It’s that time again, folks! It’s time to get mark your calendars, bookmark the links and prepare yourself for New York Comic Con and New York Super Week. ReedPOP revealed last week that tickets will go on sale on Wednesday, May 13 at 12:00 PM Eastern. There will be three options to purchase tickets for this year’s New York City Comic Con:

We also get a sneak peek at the events that will be taking place as part of New York Super Week which “providing cardholders with special discounts at select retailers, bars, restaurants and attractions throughout the city” as well as bevy of events that will coincide with New York Comic Con.

Check out the Press Release below for all the geeky goodness! Let us know what you’d like to see as part of New York Super Week!

Now in its second year, New York Super Week is the ultimate celebration of super fandom bringing the passion and excitement of New York Comic Con all across the city with special events and exclusive engagements that tap into every aspect of fan life – comic books, music, gaming, film, television, and so much more. It will be connected directly with New York Comic Con through the New York Super Week Card providing cardholders with special discounts at select retailers, bars, restaurants and attractions throughout the city. Participating partners for 2015 range from Midtown Comics and Barnes and Noble, to the Intrepid Sea, Air & Space Museum, Rock Bar, Brooklyn Brewery, Discovery Times Square and Madame Tussauds New York. The Card will be available for those who purchase a 4-Day New York Comic Con ticket. For other ticket tiers, the New York Super Week Card will be available as an add-on purchase for $10.

Today’s ticket announcement comes as ReedPOP reveals the initial lineup of New York Super Week events that fans can expect throughout all five boroughs of New York City. Unique and exciting events this year include:

More details on these along with dozens of other events will be revealed in the coming weeks to transform New York City into a pop culture hub for superheroes, villains, vampires, zombies, geeks and passionate fans of all ages.

“Last year’s inaugural New York Super Week set the stage for some amazing events for year two and led to record-breaking attendance at New York Comic Con,” said Lance Fensterman, Global Senior Vice President of ReedPOP. “This year will up the ante as we infiltrate all corners of the Big Apple with the most exciting line up of fan-favorite pop culture experiences yet.” 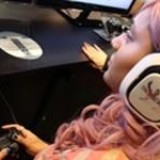