Stephanie K. travels through cyberspace in her e-TARDIS, saving humanity from the clenches of evil like bad video game purchases and poor grammar. When not saving the digital universe she is writing for RFMag, being the Lead Editor of a 3-year running independent gaming site, and wants to be a paperback writer.

» Stephanie K. shares her picks for this holiday season.

Developed by Google, designed by ASUS, and powered by Android 4.2 (Jellybean). The Google Nexus tablets put power and efficiency into your hands. These light-weight tablets are perfect for anything from gaming to browsing the internet to reading to writing documents on the go. The NVIDIA® Tegra® 3 quad-core processor, and Jellybean operating system makes everything you do load fast and run smoothly. I have personally used mine for nightly Netflix watching before bed, writing and uploading articles, and have music scores for my cello. I use the Nexus 7 and favor the smaller tablet over the 10″ tablet but the Nexus 10 is great for anyone looking for a larger screen to use. 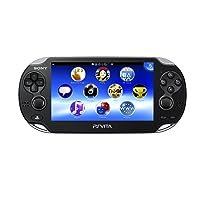 Like its predecessor, the PlayStation Vita continues to double both as a gaming and multimedia device. Applications for Netflix, Facebook, Skype, and other Sony’s services – such as Music Unlimited – can be used on top of its web browser and video/music playing capabilities. The Vita features both a front and back touchscreen that some games use as a gameplay mechanic as well as a built-in camera. With games like Persona 4:The Golden, Gravity Rush, Rayman: Origins, and an extensive library of downloadable games, the Vita will keep everyone entertained. 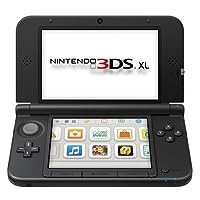 The 3DS XL is the successor to the year old Nintendo handheld. Doubling the size of the original, the 3DS XL is great for elderly players, or anyone that favors larger devices. The touch screen offers a unique gameplay experiences on top of the extensive features the handheld has to offer. The front and back built-in camera can be used for taking pictures as well as being a key feature to the augmented reality. Much like the DSi, the 3DS XL has a web browser supported by Opera but unlike its predecessors, it is capable of running Netflix and Hulu Plus. 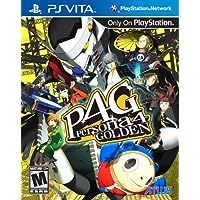 Persona 4: The Golden
Available for the PlayStation Vita

A portable remake of the PS2 cult classic, Persona 4, this portable game offers an extensive turn-based RPG experience with a bit of strategy. You play as an self-named protagonist who goes to live with his uncle in Inaba, a small Japanese town, as his parents are away on business in America. After quickly adjusting to the new school, you hear rumors of a mysterious television channel that is said to show your true love at midnight. That is the opposite of what you see as, instead, you discover strange shows that seem to coincidentally match up to a series of murders. You discover you have the ability to enter the television where an almost magical land seems to exist where the murder victims are being thrown to. You and your new friends decide to work together to discover the truth and connection between the other world and reality. With the capability of clocking in 60+ hours of gameplay and new game plus options, Persona 4: The Golden is a must have for any Vita owner. 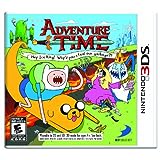 Adventure Time: Hey Ice King! Why did you steal our garbage?
Available for Nintendo DS and 3DS

Based on the beloved hit television show, Adventure Time: Hey Ice King! combines the quirkiness of the cartoon to the classic gameplay of Zelda II. The Ice King has stolen Finn and Jake’s garbage in order to build four trash princesses, sending Finn and Jake on a quest over the land of Ooo to get their things back. While on their journey, they will encounter and aid dozens of fan favorite characters like Cinnamon Bun, Marceline, Princess Bubblegum, LSP, and more. The quests are fairly simple to figure out but the charm and solid, retro sidescrolling gameplay makes it very addicting. 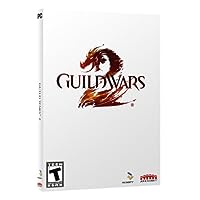 For the MMO lover who is looking at saving a bit of gold this holiday, Guild Wars 2 is a great alternative. Guild Wars 2 focus on creating a unique experience for each player by giving players back stories for their characters that ties into the overall plot of the game. What makes this stand out from other MMOs is that many gameplay mechanics are improved. For example, players can deposit crafting materials into their banks or access the auction house at will compared to needing to travel to specific locations in towns. Not only that, but combat is done in real time meaning you can move while casting or double hit the ASWD to dodge enemy attacks. Rather you like PVP or PVE, the strategically approaches to weapon selections makes Guild Wars 2 a game that can be played casually or hardcore depending on the type of player you are. 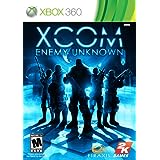 Dubbed as an “reimagined remake”, XCOM: Enemy Unknown is a turn-based tactical-strategy game that digs into its roots. Aliens have crashed onto Earth in the near future and have been harvesting humanity. You are a commander of a team part of the XCOM Project – an internationally funded program designed to take out the intergalactic threat. You pick a country to use as your base where you built up your small army. XCOM stays true to its past by giving each squad member a single life meaning that solider deaths a permanent, thus adding a bit more pressure to your strategies. Due to the dedication you will put into your squad, victories will be incredibly satisfying – making XCOM: Enemy Unknown feel like one of the most rewarding games of this year. 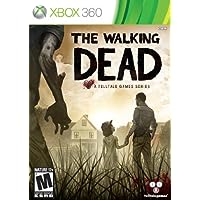 The Walking Dead
Available for the PC, PS3, and XBox360

The Walking Dead has become a household name in nerd kingdom. It started off as a hit comic series that morphed into an award-winning television series and now has a beloved video game. Developed by Telltale Games, The Walking Dead is an adventure game that follows a standalone story in The Walking Dead universe. You play as Lee Everett; a former professor convicted for murder who takes a young first grader, Clementine, under his wing after the outbreak occurs. Throughout their fight for survival, they come across a variety of other characters that join their caravan. Lee is forced to face tough moral decisions as he leads the group, giving players a chance to pick different paths through a gripping story. It was originally released on PC, XBox Live Arcade, and PlayStation Network in chapters. Though on December 4th, a disc version will be released that contains all five chapters. A collector’s edition is also being released in limit print that includes issues 1-48 of the comic series. 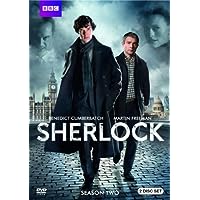 Quirky. Clever. Sexy. Three little words that summarize the phenomenal BBC series Sherlock. Benedict Cumberbatch returns as Sherlock Holmes and is accompanied by his trusty sidekick, Dr. John Watson played by Martin Freeman. The dastardly duo will use quick wit and modern technology in the palm of their hands to solve some of Sir Conan Doyle’s beloved stories. The season consists of three 90-minute episodes: “A Scandal in Belgravia” (based on “A Scandal in Bohemia”), “The Hound of Baskerville”, and “The Reichenbach Fall” (based on “The Final Problem”). Be sure to pick up the first season as well if your BBC-loving recipient has not seen it either. 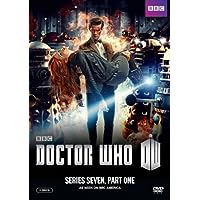 Doctor Who: Season Seven – Part One
Available: Amazon and Retailers

The first half of the new season of Doctor Who has come to an end and is available on DVD and Blu-ray. Matt Smith continues to play as the 11th incarnation of the Doctor with his faithful companions, Amy and Rory. The trio will travel through time and space over the course of five hour-long episodes including the Ponds final farewell. So give your Whovan friend a chance to get caught up on the series before part two airs next year.