Alpha testing sign-ups are online now (to sign up click here) to test out the new game. CHROMA is set for release on PC via Steam sometime in 2014.

More information to come but below is what we know so far†! 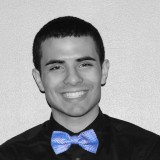