I thought I’d never return to that emotional, bittersweet place the first season of the Walking Dead took me to. I was certain that space in my gamer heart was to remain exclusively reserved for the journey I took as Lee Everett. As Clementine, Telltale has deftly proven their ability to tug on our heart-strings once again with A House Divided.

Nostalgia can be a powerful tool when properly utilized. The first half of this episode is largely spent getting to know your new companions and feeling the marginal weight of whatever choices made in the previous episode. Just as you start to feel the writers building a bridge of story-craft towards the future, the past rushes up to slap us in the face. As the main point of playing the series is the story, I’m keeping these reviews as spoiler-free as possible. So all I’ll say is someone significant from season one shows up and it really hits home in a way I wasn’t prepared for when they do.

A pattern is emerging where I’m constantly questioning the trustworthiness of my new companions, sizing up their actions and responses in a never-ending tally of who’s back I’m going to have when push comes to shove. This episode definitely pulls off some incredibly tense scenes with a few key moments that stand out as absolutely gut-wrenching. These particular bits are made even more impressive because they utilize social tensions within the group dynamic rather than relying on any sort of impending peril.

Although I loved Clem in the first season, as the new player ‘vessel’ she’s really shaping up to be a phenomenal character. The disconnect between the little girl she should be and the strong, level-headed young woman she has been forced to become is impeccably highlighted in some of the better scenes.

The episode wraps up with what could be considered among Telltale’s best work. A hurricane is used as the backdrop for a revelation that brings an unpredictable tensity to the group and Clem finds herself caught in the middle with some incredibly tough calls to make. It’s an important departure from the first episode, with decisions that appeared to have little to no impact beyond some minor details and dialogue variety. Ultimately, the real litmus test will be if Telltale can carry these player choices through the rest of the season. Fortunately, the next installment has been brilliantly set up by A House Divided and simply I can’t wait to dig into it. 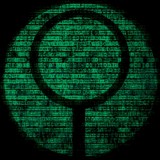 One reply on “The Walking Dead Season 2: A House Divided”